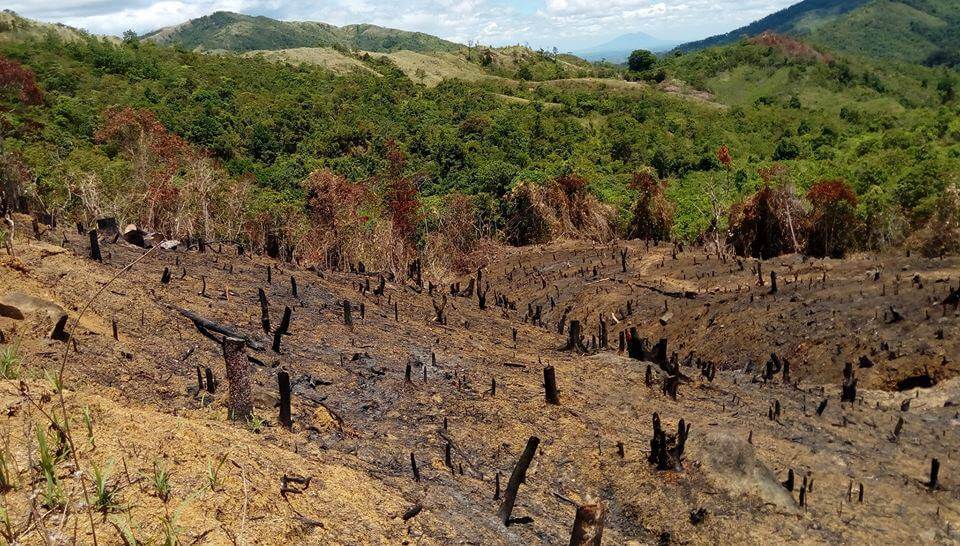 Almost 18 million people rely on the Angat-Umiray-Ipo Watershed, which supplies 98% of the water that goes to Metro Manila, Philippines.

According to the WWF, from June to August of 2018, a series of typhoon events led to the disruption of water services and subsequent shortages throughout much of Metro Manila caused by deforestation in the Ipo Watershed that resulted in the contamination of the cities’ biggest water source.

These watersheds are under attack due to:

Here is an example of a protest regarding the threat to this valuable resource: https://www.change.org/p/denr-stop-illegal-road-construction-inside-ipo-watershed

Local Rangers are constantly patrolling the region to identify and attempt to prevent further destruction. The WWF tries to support these rangers, many of whom are comprised of local indigenous tribe members. Reference: https://wwf.org.ph/resource-center/story-archives-2017/supporting-bantay-gubat/

Here is a close up Google map image of the mountain:

We wanted to see if we could use Simularity Automatic Image Anomaly Detection System (AIADS) to quickly detect possible changes to the region, which could save valuable time and thus shift the resources from the expensive and time consuming activity of detection to more effective and timely inspection.

We ran AIADS on the UP42 platform, where Simularity is a featured partner, and selected a small AOI on the northern face of Mt. Balagbag. We used Airbus Pleaides imagery (50 cm resolution), which is now available on the UP42 system:

and as AIADS requires some historical imagery to detect the most unusual temporal changes, we ordered 6 historical images plus a recent candidate image. We ran AIADS on the AOI selected and here is the job result:

AIADS filters out “normal changes” and highlights the anomalies, i.e. the unusual changes. These are often caused by human-caused changes to the natural environment. We detected several anomalies and have chosen just a couple to illustrate the power of using AI on historical imagery to spot these changes from the satellite imagery.

Clip from Anomaly Image Overlaying Candidate Image (most recent, from 2018-04-17)

Note how in the anomaly overlay we can see some red areas which point out an area of concern (high anomaly score):

If you look at the historical image and compare it with the candidate image you will clearly see that there has been clearing of trees and underbrush in the top right corner of the image.

Is this change legal?

Our AI doesn’t judge – it simply highlights the anomalies where further inspection may be needed.

What we know is that there is some strange activity happening here. The point is that by using this tool, there is little time wasted checking on normal changes – the Rangers and other authorities can do a lot of their work from the screen and send resources to the hotspots which need further local investigation.

There is less need to wander for days in the jungle as AIADS gives an efective and efficient roadmap to where they need to look.

Anomaly 2 – Construction near the mountain top

Clip from Anomaly Image Overlaying Candidate Image (most recent, from 2018-04-17)

Note the red hotspot in the top left of the cleared circle of land on the mountaintop:

It is clear that some construction has begun on this already-cleared area. AIADS picks up the unusual changes in the images to pinpoint where there could be an issue.