Get Rapid Alerts on Key Developments in the South China Sea

Territorial disputes in the South China Sea involve both island and maritime claims among several states in the region, namely Brunei, China, Taiwan, Malaysia, the Philippines, and Vietnam. In 2020, activity has picked up in this contested area. Asia Times reports “China has conducted military drills and deployed large-scale military assets to the maritime area while at the same time officially celebrating strides made in exploiting disputed energy resources in the fossil fuel-rich sea.”

Join the South China Sea Rapid Alert Platform, so you can:

Access to our free reports is provided below. To be alerted when a new report is available, provide your email to us on this page. 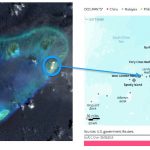 Download a copy of this report here: https://simularity.com/wp-content/uploads/2020/10/West-Reef-Analysis.pdf To receive alerts when we have new reports available, please provide your email address on the form 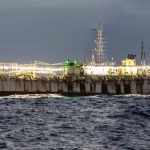 Asiatic squid vessels are constructed from marine steel, usually weigh between 800-1000 gross tons, and are outfitted with automated jiggers that use up to 150

To receive alerts when we have new reports available, please provide your email address on the form below. You will receive updates as the service evolves. The service is free. You can unsubscribe at any time.

Based on Imagery from ESA's Sentinel 2 multi-spectral Satellites